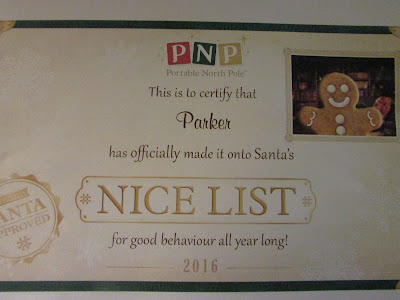 Just because Santa already visited homes around the world does not mean he is completely off duty. Oh, no, he is busy, busy, busy, gearing up for next year and keeping an eye out for his naughty and nice list.

Do you have a little one that would like to see Santa or the elves again? Well, you can with Portable North Pole or PNP as the like to call themselves, let's you do just that. It is simple as creating a special video just for your child or even adult too. 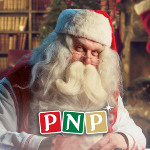 Another thing you can do is create a video for your child's birthday that has Santa and the elves wishing him/her a Happy Birthday. I created one for my grand-son and he thought is was awesome that Santa had remembered him or better yet, even knew. He even got his own certificate of being on the "nice list."

Isn't that the magic of Santa though?

Oh, did I mention it is free? Yep, it is but you can purchase a year long pass. During the year, Santa can pop in to say hello or a reminder to be nice. In addition, there are stories to be read and your child can "visit" in the Santa Village. Oh so much fun!

Not convinced? Well, then check this out too...

PNP donates 5% of web purchases to children’s hospitals around the world?

The best thing PNP is not just a one time thing that is only seen at Christmas. I have a year long pass and you can too. That means any time of the year Santa will be there if you want him to.
Ho Ho Ho!
Disclosure: I received a year long pass in order to facilitate my review. The views expressed here are 100% my own and may differ from yours. ~Naila Moon
Leave a Comment
submit a review Join our blog team

Proud Member of The US Family Guide Network